Poutine, pronounced (poo-tin), is often described as the Canadian « salad », with ingredients that will have your mouth water for days. It might look gross at first, but once you taste it, you will never look at it the same.

The exact details of the invention is slightly disputed but one of the most probable stories is that Jean-Paul Roy, owner of a restaurant in Drummondville in 1946, was the first to serve poutine as we know it today. The name comes from a mix and deformation of the word « pudding » and the chef’s nickname « ti-pout ».

The dish in it’s classic form is made of 3 main ingredients: fries, cheese curds, and gravy (meat sauce). But of course, with globalization and time, poutine has been influenced by other people, nationalities, and today you can find almost any spin off! The Variables: a poutine for every taste!

These days poutine takes many different forms and integrates more than the classical ingredients. Here are some examples to get your mind wandering:

In Canada, we often use the name « pogo » in an interchangeable way with « corn dog », due to the popular brand of corn dogs called pogo. Here is a conventional poutine with some additions of pogo slices, red peppers and ham.

A conventional poutine with added strips of steak and caramelized onions.

Certain cities in Canada are well known for the strong presence of Lebanese and oriental foods. As a result, some shawarma places often offer « shawarma poutines » which mixes a conventional poutine, with chickpeas, lettuce, tomatoes and chicken.

Jambalaya is a Louisiana origin dish of Spanish and French influence mainly consisting of meat and vegetables mixed with rice. Usually the meat includes some sort of sausage with other meat or seafood. Could you finish this one yourself?

Fries with guacamole, grated cheese, minced meat, and vegetables. And we must not forget the sour cream!

Where Can I Find Poutine?

Poutine is quite prevalent across the province of Quebec in restaurants and chip stands. Even fast food chains sometimes have poutine added to their menus. Most chains like McDonalds, Burger King, A&W, PFQ, and Wendy’s have added it to their menu in Quebec locations (sometimes other provinces as well). However, finding a more ‘authentic’ place can give you a better taste of the ‘traditional’ or ‘home made’ poutine cooking. There are even poutine festivals, entirely dedicated to serving poutine and many variants of the classic version. Certain Universities across Canada host day or week-long events entirely dedicated to poutine where several chip trucks show up to offer poutine variants.

Although poutine is mostly famous in Quebec, it’s popularity has grown outside of the province and can be found especially in the nearby provinces of Ontario and New Brunswick. You can even find it in restaurants and hotels in British Columbia or Yukon. It’s presence is so widespread that it is basically the unofficial national Canadian dish. We wouldn’t be surprised if you could find it on every continent! Have you tried poutine? What is your favourite? 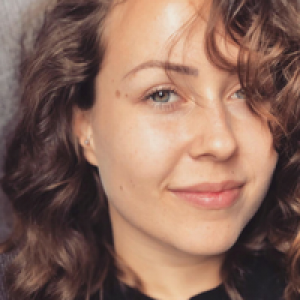 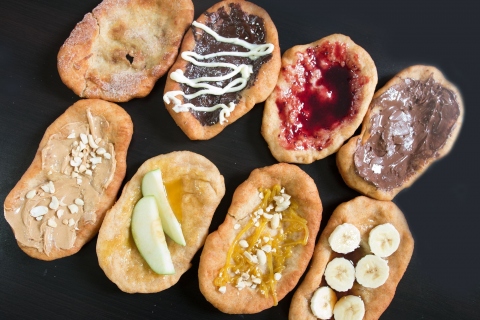 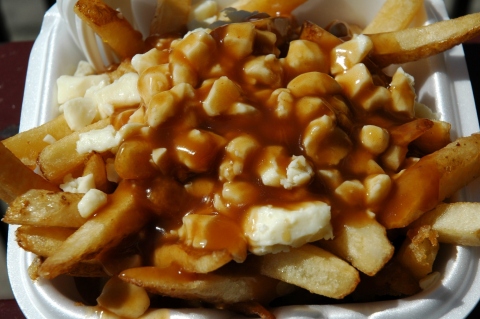 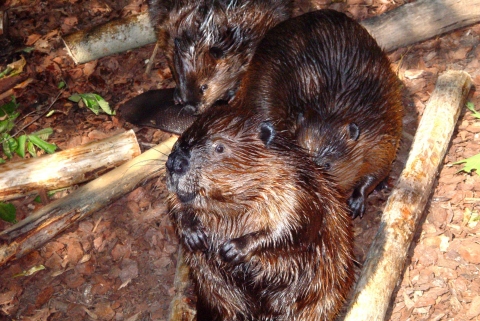